Disclosure: I received a free e-book copy of Desoluation through Beck Valley Books Book Tours. All opinons are 100% my own.

Asher St Paul thought it was just a typical zombie apocalypse like in the movies, until the necromancers crawled out of the woodwork. Since the undead have chased the living into hiding, the necromancers are able to roam freely in a new America of their making. Asher is seeking safe harbor. The need for safety is what drove him from his home in Philadelphia Pennsylvania before it was shelled. He has searched from quarantine to quarantine, always finding them overrun with zombies until he hears of The Refuge, a military compound in Binghamton New York.

With his family and lover lain to rest by his own hand, he has nothing left to lose and gives everything he has to reach the safe haven. But questions arise when he reaches The Refuge, mainly, how has he been able to sustain multiple zombie bites and not change? He thinks he has found safety in the military compound turned quarantine, but he was wrong. Even now there is a necromancer trying to make The Refuge their kingdom of the dead.

I just recently got into zombies. As in like the last month. So when this zombie book came across the book tour, I jumped at the opportunity.

First and foremost, while this aspect of the book had no effect on me, I do feel that the book was slightly deceptive in not providing me information up front that may offend some people (I know not all people are as open minded as I am which is why I feel I must disclose this bit of information).

In the beginning, you are not sure who the main character is. (Yes, I believe Asher can be used for male or female.) There was no gender identification (he, his, etc.) and his “lover” was Connor and was gender specified as a he, him, his, etc. It wasn’t until a few chapters in that Asher was finally identified as a male. In addition, I think every male character we meet in the book is homosexual. So as long as you are open minded to that aspect, you will enjoy this book. (And no, there isn’t anything inappropriate or sexual aside from kissing.)

Most of the book was well paced and active. Definitely suspenseful and towards the middle, it became sort of mysterious. The ending was very fast paced, but I enjoyed it and don’t think I would change that aspect. It definitely kept me on my toes and while I thought I had the mystery figured out, there were definitely twists and turns.

I learned of a new character – necromancers. I had never heard of them, but hubby had. Hubby is not a reader, but I am sure he will enjoy Desolation and have suggested he read it next. We are big fans of the television series The Walking Dead and this ran along the same lines with a few exceptions of different zombie types (and of course the necormancer).

I am telling you, if Zombies are your thing, you will enjoy this book. It was a great read and I highly recommend it! I am sure this one I will read a few times and cannot wait for the next volumes to come out. I will be first in line to purchase!

Travis has been writing since he was 14.  He began writing a book called “The Calling of the Two” and while writing that on and off he started uncovering another idea.”Yes, this is all well and good, but what about before? What happened in the world before these characters came into it?” He always knew there was a “before” and as he started wondering about it he got ideas. At first they were little ideas but as he discovered the names for his characters a whole story about them emerged.

Travis started working on The Revenant Wyrd Saga several years back and he is very happy he did because hearing and documenting Jovian and Angelica’s story has been one wild ride for him.

He lives in a remote part of upstate New York and hoofing around my neck of the woods gives him a ton of inspiration for his novels.

He loves research, and speculating on different ideas and theories. 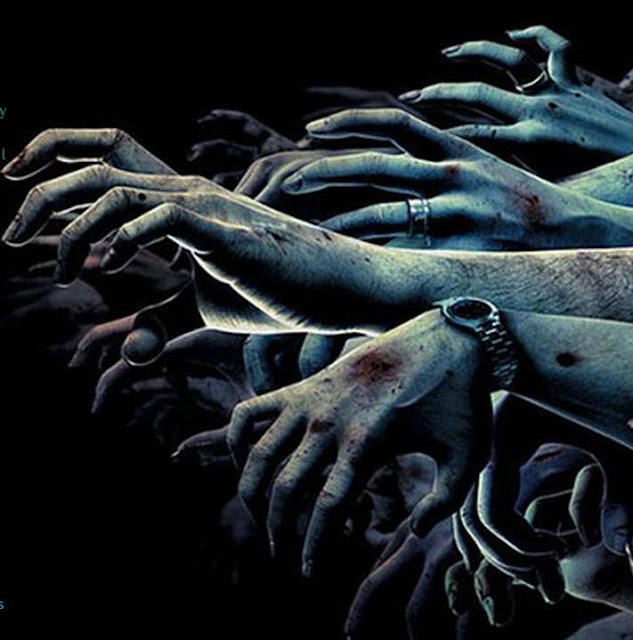