A painting. A memory. A death.

Can safe refuge ever be found?

Mindi Mendrano was a golden goddess with a tennis prowess few had ever seen.

And then she vanished.

Who had the greatest motive to kill her?

Before Cooper Chain can finally get the green light to pen his first book — a biography on a once-famous tennis phenom — he must find her. If she’s still alive.

A man disappears into the bowels underneath the city of Dallas, and Willow Ball can’t make sense of it or the odd people she befriends. Does at least one man have an ulterior motive?

Two die the hard way, leaving Willow and Cooper scrambling to see through a haze of clues.

Retracing every aspect of Mindi’s former life, team Ball & Chain uncover a key to her past. But will it unlock memories that create the ultimate time bomb?

The very existence of a hidden society is on the line — and one man will either force their loyalty or recreate one of the deadliest events in modern history.

Cooper and Willow have one chance to stop the killing and save a life. But will they be too late?

I am loving the connection going on between Willow and Cooper. This added teasing romance gives a light side to the awful things that Cooper and Willow encounter in the story.

In LURE, Cooper catches an ‘investigative’ gig while Willow has her own problems. Yet somehow, the two problems collide into something bigger than I am sure either of them imagined. I don’t want to give anything away but there is suspense from former player (Stack brothers) and of course, new players. There is an underground world, a missing person, and hired bad guys.

And just as we think we are getting out of one pickle, another pickle arises.

John does such a great job keeping us roped into the entire story, the entire mystery, and leaving us guessing as to what is going to come next.

I definitely felt that LURE was more subdued than some of the books I am familiar with by John, but none the less, I thoroughly enjoyed it and cannot wait to read what comes next! You can never lose with a John W. Mefford book!

But in what form will the pressure erupt? Cooper Chain isn’t just down on his luck — he’s almost down for the count. The mob wants a piece of him, and he sees no way out.It’s a special week for Willow Ball, a woman who’s survived her own tribulations to reach this milestone in her life.

And he’s hell-bent on making someone pay. A father goes missing. Not just any father. But a person once worshipped for his world-class talent.Enter the most unconventional team around: Willow Ball and Cooper Chain.

And the cries from below are slowly devoured by the howl of a coyote. Willow Ball and Cooper Chain are tied at the hip — on some days that’s a fantasy, other days a curse.But there’s one thing they agree on: if they hope to outsmart a ruthless crime boss, luck will have to fall their way.

Amazon #1 Bestselling Author, #2 bestselling author on Barnes and Noble, and a Readers’ Favorite Gold Medal winner.John W. Mefford has been writing his debut novel since he first entered the work force almost thirty years ago, although he never put words on paper until 2009. Once he started writing, however, he couldn’t stop. Many readers ask John from where he gets his ideas. Well, he’s a veteran of the corporate rat-race, a former journalist, and he’s always been an astute observer of human and social behavior. On top of that, he’s really good at embellishing. 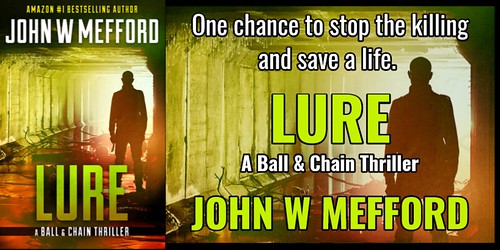 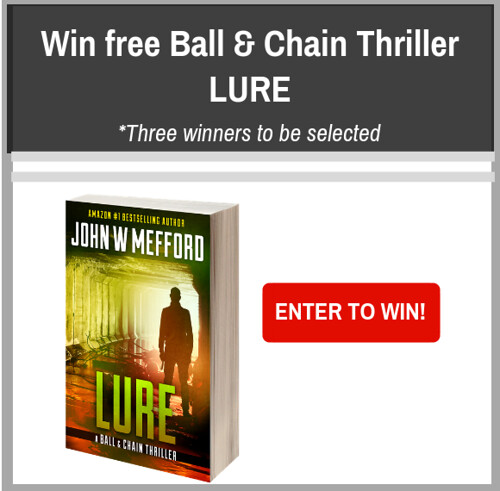